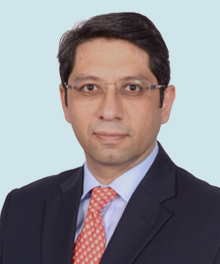 Mr. Das specializes in global distressed and special situations investing, and has led secondary market and private investments across the capital structure of companies undergoing rescue, turnarounds, restructuring and liquidation. His experience since 1994 spans a range of industries, some of the most complex and large global insolvencies, and bankruptcy jurisdictions in North America, Europe and the Asia-Pacific.

Rain Tree Capital is currently focusing on rescue and distressed investments in India as its new insolvency regime takes shape, and local banks deal with a large non-performing asset burden. Rain Tree brings to bear its principals’ expertise in insolvency resolution and restructuring, business turnarounds and management, and corporate finance and strategy, alongside extensive knowledge of India’s past and new insolvency regimes.

Prior to founding Rain Tree, Mr. Das managed investments with some the world’s leading distressed specialists. He was a managing director at King Street Capital, a US$20 billion distressed/credit investor. He established the firm's Singapore office to lead its Asia-Pacific investments after working in the New York offices of King Street and Perry Capital. Earlier, he managed high yield, mezzanine, leveraged loan and distressed private equity investments with Bain Capital Credit, and with GE Capital in India and the US, where he also worked on corporate restructuring exercises.